Ever stopped and thought how useful petroleum is in our daily lives? And how it gets from it's natural state, deep underground, to the familiar fuels and chemicals we use it for?

Petroleum is a mixture of hydrocarbons, which occurs naturally in geological formations beneath the surface of the earth. It is a non-renewable resource. It is separated out into its useful components by the process of fractional distillation.

What is fractional distillation of petroleum?

Petroleum can be separated into various types of fuel, by a process called refining, using fractional distillation.

Petrol, Diesel and Kerosene are all products (or fractions) of the process of refining Petroleum.

On an industrial scale, the different fractions of Petroleum are separated out by fractional distillation. The Petroleum is heated up, and the gas produced enters the fractionating column. The column is very hot at the bottom and gets cooler as the gas travels up the column, this allows different fuels to drain out at different temperatures up the column, with the exception of Bitumen, which is used to surface roads, this stays liquid and is drained off at the bottom of the column.

The fuels are drained off depending on the length of the hydrocarbon chain they are made up of.

The longer the hydrocarbon chain, the higher the boiling point and the earlier on they drain from the column: 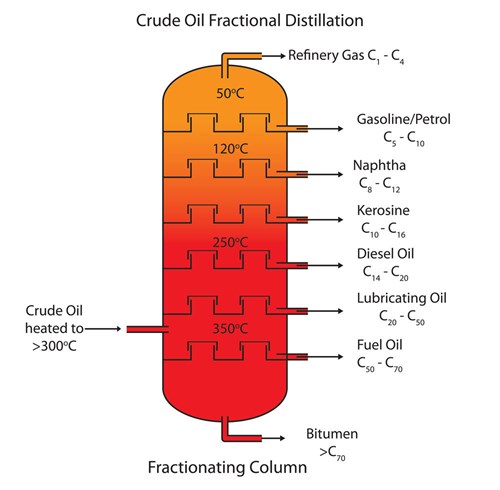 How can I demonstrate fractional distillation to my class?

We can replicate the fractional distillation of Petroleum in the school laboratory, by using specialist glassware and a synthetic Crude Oil Substitute made up to a recipe suggested by CLEAPSS.

The recipe can be found on the CLEAPSS website: http://science.cleapss.org.uk 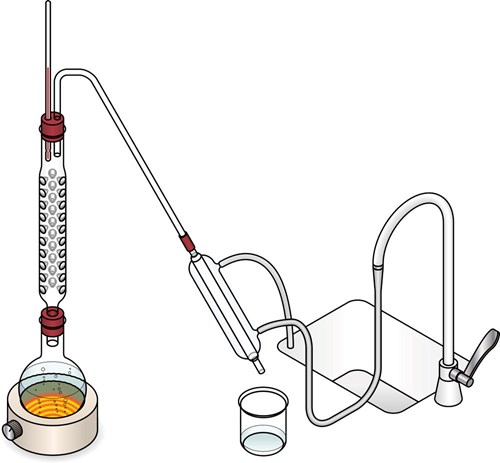 The Philip Harris specialist team are here to help with any technical questions you have about this experiment, or any other support you need. Call them on 0345 120 4521 or e-mail techsupport@philipharris.co.uk.

Check out our Twitter and Facebook for more experiment ideas to inspire the most inquisitive of scientific minds.

What equipment do I need for a fractional distillation experiment?